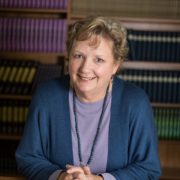 A Novel by Susan Rivers

Award-winning playwright Susan Rivers makes a singularly impressive debut with her accomplished novel, THE SECOND MRS. HOCKADAY (Publication Date: January 10; $25.95), about a teenage bride who must do whatever it takes to survive during the Civil War.  Through a narrative that unfolds in letters, diary entries, and inquest reports, THE SECOND MRS. HOCKADAY vividly brings to life the story of seventeen-year-old Placidia, who marries a Confederate soldier in haste and is, only days later, left alone to care for his two-year-old child, manage his slaves, and run and defend his isolated three-hundred-acre farm in rural South Carolina. In a starred review, Booklist calls the novel a “white-knuckle tale of survival” and raves, “With language evocative of the South and taut, almost unbearable suspense, dramatized by characters readers will swear they know, this galvanizing historical portrait of courage, determination, and abiding love mesmerizes and shocks.”

Placidia has just become the second Mrs. Hockaday when her husband, Major Gryffth Hockaday, is called back to the front lines of the Civil War. When he returns, two years later, Placidia is bound for jail, accused of bearing a child and murdering it in his absence. The secrets and scandals that transpired in the two years Placidia was left to fend for herself is what Rivers unravels over the course of this gripping story.

Inspired by actual events from 1865 that she discovered at her local library, Rivers became determined to explore the plight and the extraordinary courage of Southern women abandoned by their husbands who were called to the battlefield. She also wanted to explore certain questions: “What is real love and how much testing can it endure? How does war change people, for the better or the worse? How do a husband and wife cope with those changes and survive their experiences of war? What does the concept of “family” mean and how might it be affected by blood connections across racial and social demarcations?”

Rivers successfully tackles these questions and more while illustrating what many Southern women endured during the Civil War in this mesmerizing, suspenseful, and ambitious debut. Diane Chamberlain calls THE SECOND MRS. HOCKADAY “spellbinding” and “haunting” while Hillary Jordan says, “Rivers is an unflinching truth teller. Her characters are deeply human, drawn with compassion and exquisite detail.”

Susan Rivers was awarded the Julie Harris Playwriting Award for Overnight Lows and the New York Drama League Award for Understatements. She is also the recipient of two playwriting grants from the National Endowment for the Arts. She earned her MFA from Queens University of Charlotte in North Carolina, where she was also awarded a Regional Artist Grant from the Arts and Sciences Council. She currently lives and writes in a small town in upstate South Carolina.

A January Indie Next Pick

“This galvanizing historical portrait of courage, determination, and abiding love mesmerizes and shocks.”

“If this book is any indicator, Rivers is a promising talent and an adroit storyteller. Hopefully, this won’t be her only foray into fiction. A compulsively readable work that takes on the legacy of slavery in the United States, the struggles specific to women, and the possibilities for empathy and forgiveness.”

“With the Second Mrs. Hockaday, Susan Rivers viscerally evokes a bygone era without sentimentality. Her deeply sympathetic characters cope with the hard truths of slavery and war, maintaining their humanity and capability for redemption throughout. A thoroughly engrossing and affecting read.”

THE SECOND MRS. HOCKADAY: A Novel

THE CCC Boys of Cherokee County